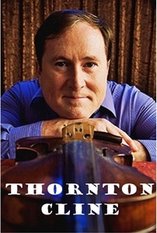 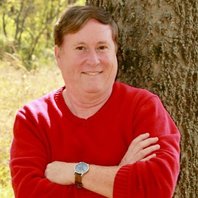 Twitter Me Up  and see Whats New ?
Thornton Cline has over 20 years experience teaching both Suzuki and traditional violin and piano. Cline teaches the Suzuki Method in books 1 through 10. He has received his Suzuki training from Anastasia Jempelis (one of the pioneers of the Suzuki Method in the United States and an assistant of the founder of the method, Dr. Shinichi Suzuki) at Eastman School of Music in Rochester, New York. Cline is a long time active member of the Suzuki Association of Americas. Cline has received Suzuki training at numerous Suzuki teacher workshops including one with the late master, Dr. Shinichi Suzuki in Miami, Florida. Mr. Cline founded several successful Suzuki violin and piano programs at Davidson Academy, Madison Campus Elementary, Austin Peay State University in Clarksville, Tennessee and at Cumberland University (Cumberland Arts Academy) in Lebanon, Tennessee. Cline started and directed the Sumner Country Youth Orchestra for 14 years. Cline is an avid performer in the violin and piano. He has been a member of the Cedar Rapids Symphony Orchestra (Cedar Rapids, IA), The University of Illinois Symphony, The Virginia Commonwealth University Symphony and currently concertizes with his own string quartet. He has performed and recorded at the Grand Ole’ Opry Studio A Hall, The Ryman Auditorium, Opryland Hotel, The Doubletree Hotel, the Palace Theater, the Krannert Performing Arts Center in Urbanna, Illinois and at The Kennedy Center in Washington, D. C. Cline has recorded and performed with numerous recording artists, including Chris Golden of the Oak Ridge Boys, and Bill and Gloria Gaither of The Gaithers.

While completing his doctorate course work for his Ph. D. in music education at Eastman School of Music in Rochester, New York, Thornton Cline was selected as the Suzuki assistant to Anastasia Jempelis. Cline holds a Bachelor of Music Education in violin/strings from Virginia Commonwealth University in Richmond and a Master of Science in Music Education from the University of Illinois at Champaign-Urbana. He studied violin with Peter Salaff of the Grammy Award winning string quartet, The Cleveland Quartet who recorded for RCA Records. Cline studied piano with the late Frank Bowling.

Many of Cline’s students are a testament to his hard work and creativeness in teaching. His students have won full scholarships to major universities in music. Others have won numerous competitions and awards including the Grand prize championship fiddling competition at the Smithville Jamboree. Some are playing in professional orchestras such as the Birmingham Symphony. One has performed at Carnegie Hall, toured Europe with the New England Youth Ensemble and was invited to perform for the Queen of Jordan. Another student is a successful rock recording artist for Arista Records and is touring with Aerosmith.

Thornton Cline has written numerous string and music education articles for some of the leading music education journals including The American String Teacher magazine. He has had numerous educational choral and string orchestra works published by Alfred Music Publishers, Bourne Company in New York, and Lawson-Gould/Music 70 Music Publishers. Cline has had over 150 of his original songs recorded by major and independent artists including Engelbert Humperdinck, Gloria Gaynor, Ray Peterson, The Manhattans, Billy and Sarah Gaines, Mark Chestnut, Kevin Wood, Tim Murphy, The Anchormen, and Tammy Trent. He has been nominated twice for a Dove Award as a project writer and has received platinum and gold records for record sales. He was awarded “Songwriter of the Year” in 1987 and 1988 by the Tennessee Songwriters Association for his hit “Love is the Reason”.
Cline is an adjunct faculty member of Cumberland University and Cumberland Arts Academy in Lebanon, Tennessee. He also teaches violin, piano and guitar at Sumner Academy in Gallatin, Tennessee and at his private studio, Clinetel Music in Hendersonville, Tennessee. He has been married for 23 years to his wife, Audrey and has two children, Alex (18 years) and Mollie (15 years).

Thornton Cline is the author of Eight books: Band of Angels,Practice Personalities What’s Your Type?, Practice Personalities for Adults, and Cline’s first Children’s Books, The Amazing Incredible Shrinking Violin,The Amazing Incredible Shrinking Piano,The Amazing Magical Musical Plants,The Amazing Incredible Shrinking Guitar.
He has also launched into the Adult Literary Market with The Contrary and its sequel to be released in early 2016
Thornton Cline has been honored with Songwriter of the Year twice in a row by the Tennessee Songwriters Association for his hit song “Love is the Reason” recorded by Engelbert Humperdinck and Gloria Gaynor.
Cline has received Dove Award nominations as a project writer and Grammy Award nominations for Music Educator.
Thornton Cline is an in-demand author, teacher, speaker, clinician, performer and songwriter. He is a registered Suzuki violin teacher with the Suzuki Association of Americas.
Cline teaches piano, violin and guitar at Cumberland University in Lebanon, Tennessee. He lives in Hendersonville, Tennessee with his wife and two children.